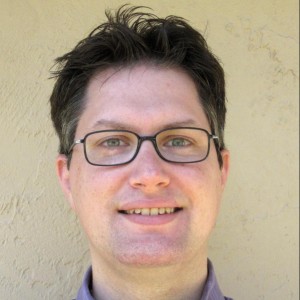 Docker Swarm Mode is the latest entrant in a large field of container orchestration systems. Docker Swarm was originally released as a standalone product that ran master and agent containers on a cluster of servers to orchestrate the deployment of containers. This changed with the release of Docker 1.12 in July of 2016. Docker Swarm Mode is now officially part of docker-engine, and built right into every installation of Docker. Swarm Mode brought many improvements over the standalone Swarm product, including:

For the sake of brevity, I won’t reinvent the wheel and go over manual cluster creation here. Instead, I encourage you to follow the fantastic tutorial on Docker’s site.
What I will talk about however is the new Docker for AWS tool that Docker recently released. This is an AWS Cloudformation template that can be used to quickly and easily set up all of the necessary resources for a highly available Docker Swarm cluster, and because it is a Cloudformation template, you can edit the template to add any additional resources, such as Route53 hosted zones or S3 buckets to your application.
One of the very interesting features of this tool is that it dynamically configures the listeners for your Elastic Load Balancer (ELB). Once you deploy a service on Docker Swarm, the built-in management service that is baked into instances launched with Docker for AWS will automatically create a listener for any published ports for your service. When a service is removed, that listener will subsequently be removed.
If you want to create a Docker for AWS stack, read over the list of prerequisites, then click the Launch Stack button below. Keep in mind you may have to pay for any resources you create. If you are deploying Docker for AWS into an older account that still has EC2-Classic, or wish to deploy Docker for AWS into an existing VPC, read the FAQ here for more information.

Deploying a Stack to Docker Swarm

With the release of Docker 1.13 in January of 2017, major enhancements were added to Docker Swarm Mode that greatly improved its ease of use. Docker Swarm Mode now integrates directly with Docker Compose v3 and officially supports the deployment of “stacks” (groups of services) via docker-compose.yml files. With the new properties introduced in Docker Compose v3, it is possible to specify node affinity via tags, rolling update policies, restart policies, and desired scale of containers. The same docker-compose.yml file you would use to test your application locally can now be used to deploy to production. Here is a sample service with some of the new properties:

While most of the properties within this YAML structure will be familiar to anyone used to Docker Compose v2, the deploy property is new to v3. The replicas field indicates the number of containers to run within the service. The update_config  field tells the swarm how many containers to update in parallel and how long to wait between updates. The restart_policy field determines when a container should be restarted. Finally, the placement field allows container affinity to be set based on tags or node properties, such as Node Role. When deploying this docker-compose file locally, using docker-compose up, the deploy properties are simply ignored.
Deployment of a stack is incredibly simple. Follow these steps to download Docker’s example voting app stack file and run it on your cluster.

You should now see Docker creating your services, volumes and networks. Now run the following command to view the status of your stack and the services running within it.

You’ll get output similar to this:

This shows the container id, container name, container image, node the container is currently running on, its desired and current state, and any errors that may have occurred. As you can see, the vote_visualizer.1 container failed at run time, so it was shut down and a new container spun up to replace it.
This sample application opens up three ports on your Elastic Load Balancer (ELB): 5000 for the voting interface, 5001 for the real-time vote results interface, and 8080 for the Docker Swarm visualizer. You can find the DNS Name of your ELB by either going to the EC2 Load Balancers page of the AWS console, or viewing your Cloudformation stack Outputs tab in the Cloudformation page of the AWS Console. Here is an example of the Cloudformation Outputs tab:

DefaultDNSTarget is the URL you can use to access your application.
If you access the Visualizer on port 8080, you will see an interface similar to this:

This is a handy tool to see which containers are running, and on which nodes.

Scaling services is as simple as running the command docker service scale SERVICENAME=REPLICAS, for example:
docker service scale vote_vote=3
will scale the vote service to 3 containers, up from 2. Because Docker Swarm uses an overlay network, it is able to run multiple containers of the same service on the same node, allowing you to scale your services as high as your CPU and Memory allocations will allow.

If you make any changes to your docker-compose file, updating your stack is incredibly easy. Simply run the same command you used to create your stack:
docker stack deploy -c docker-stack.yml vote
Docker Swarm will update any services that were changed from the previous version, and adhere to any update_configs specified in the docker-compose file. In the case of the vote service specified above, only one container will be updated at a time, and a 10 second delay will occur once the first container is successfully updated before the second container is updated.