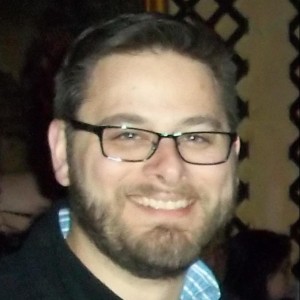 In this third and final post we’ll cover fully integrating the work we did in the first two posts into a CI/CD pipeline for maximum efficiency. In the first post, we discussed what OWASP ZAP is, how it’s installed and automating that installation process with Ansible. The second post followed up with how to script our penetration tests and manage the results. Strap in for this final article where everything now comes together (cue fanfare).

If you recall the diagram from the first post, we will now be taking each of these steps and wrapping them up into our pipeline. We have the necessary scripts to run the tests and manage the results. What’s left is managing a ZAP server and fetching the necessary information to run our penetration testing against. ZAP will need to be running on a server or a server must be spun up during the penetration testing phase of your pipeline. If using AWS, an AMI can exist that will make provisioning and destroying a ZAP instance extremely easy. For this we’ll be using Packer. We’ll briefly discuss how to deploy the Packer-based AMI provided in the Stelligent Zap repository, though a detailed look into Packer is a bit beyond the scope of this post.
Start by editing the ‘zap-ami-packer.json’ file to match your environment. This includes configuring the AWS region, EC2 key pair, EC2 instance type, and source AMI image, among others. (Please note, Amazon Linux was used in these examples; changing the distribution may require changes to the Ansible playbook.)
Assuming Packer is installed, building the image is as simple as calling the supplied script ‘create-image.sh’. This does require your AWS credentials set in your environment before calling the script.

This will dump an AMI image ID which could be called from your automation scripts to build an EC2 instance from.
To bring this all together in an effective manner we need to have the penetration testing script triggered as a step in our CI/CD pipeline. To do this the script must know where the ZAP server resides, where the target application is, report results in an easily accessible manner and trigger Jenkins to report a correct ‘pass’ or ‘fail’ status for the job itself.
To achieve this we’ll wrap everything up in a fairly simplistic BASH script that will simply be called from Jenkins.
To start, we must first determine the ZAP host and target host/url for the application to be penetration tested. This will be specific to the environment. If running in AWS, the EC2 or CloudFormation resources could be queried, or if the environment is pre-set this can be passed to the workspace in variables.
Whatever your chosen method for discovering these servers, they’ll need to be passed to the ‘pen-test-app.py’ as follows:

If using the Packer method above to build your AMI, an EC2 Instance could be launched to host ZAP.

After the script has run it will create ‘results.json’ which will then be read by Behave. Behave will return a failed exit status if any of the tests fail. This will in turn trigger the Jenkin’s job to return failure and the pipeline to stop. The developer must now login into Jenkins, access the job and view the console output to determine what has failed. An alternative is to allow some kind of reporting handle the output of Behave, so that the reports can be easily accessed by the developer. To prevent Jenkins from reading the failed exit code from Behave and capture the output we want to run something like this:

This will upload the resulting report to the s3 bucket and then exit with the Behave exit code triggering the Jenkins job to ‘pass’ or ‘fail’ accordingly.
Lastly, in place of a simple S3 upload, a more complicated reporting script can be put in place that can capture additional data such as Jenkins’ build information and perhaps format it for json or yaml to be consumed upstream. To make life easier, Behave can be told to dump its output as json. Replace the behave line above with:

This tutorial scratches the surface of what OWASP ZAP is capable of when integrated into a full CI/CD pipeline. As this post attempted to prove, it’s not too difficult to implement automated penetration testing into your own CI/CD pipelines. While it is not meant to fully replace penetration testing of your software, it does aid in the tedious portions of testing and provide fast results, allowing developers to quickly attend to any issues.

Stelligent is hiring! Do you enjoy working on complex problems like security in the CD pipeline? Do you believe in the “everything-as-code” mantra? If your skills and interests lie at the intersection of DevOps automation and the AWS cloud, check out the careers page on our website.